Disclaimer:  this one is a little graphic.  I don’t mean to offend any of my three loyal readers, but I don’t want to censor myself either.  Please read at your own discretion and, in the spirit of the great tradition of vacation bible schools that are getting underway in big and small towns across the country, try not to judge me.
My post yesterday about bad ideas a few morons thought were good has me obsessing on the topic just a bit.  I’ll move on to something else shortly, but first I have one more to share.  There’s a peculiar urban legend floating around about a former WVU football player, high on PCP, who lopped off his own penis with a knife and threw it in the bushes while running from the police through the streets of Morgantown one night back in the mid-1990s.  Maybe the Angel Dust (see, I really am cool… I know drug slang) caused a terrible hallucination where he thought it was a snake attacking him.  Maybe he was well endowed and it was slowing him down.  I’m not really sure why he did this.  Sometime after ridding himself of the offending appendage, he apparently dove in the Monongahela River and swam off.  The police found him and his penis hours later and presumably miles apart, and the story has a happy ending.  Some highly skilled surgeon was actually able to reattach it and restore function.  Has anyone else heard this story or did I make it up in my crazy head?  Regardless, swimming in the Mon is just about the worst idea I’ve ever heard.  Cutting your own penis off isn’t real smart either.
Climbing the kitchen counter to get your own ice cream is another bad idea. 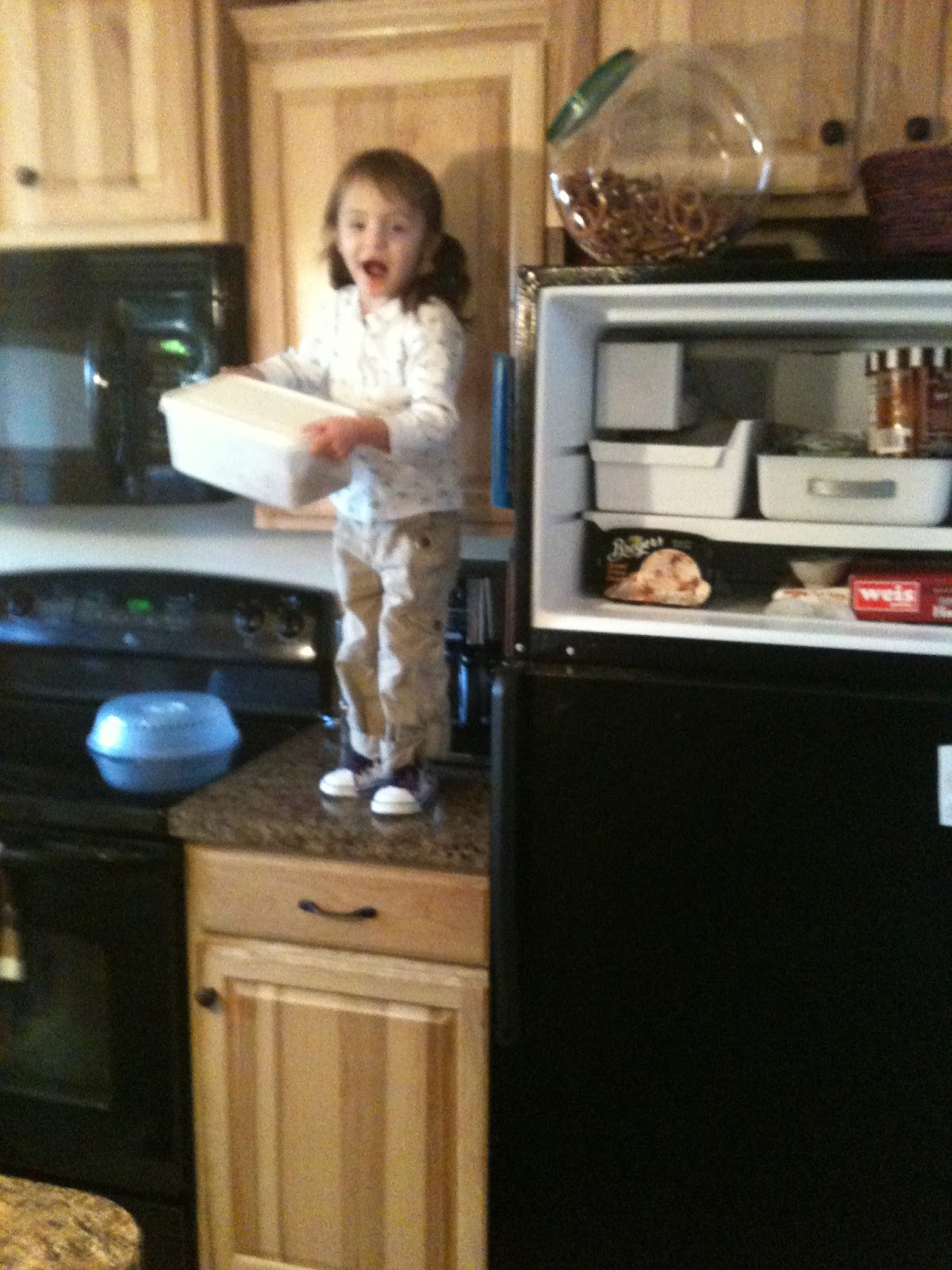