Living in the Moment

Two weeks in and I'm already slacking on the blogging.  I suppose there's a good reason my friend and longtime powerlifting coach, Marty Gallagher, nicknamed me the "Master of Rest and Recovery."  I do like balance in life.  For every hour worked, I recommend three or four hours of rest.  Work is hard.  If it's physical work, you sweat and it's just plain tiring.  If it's mental work, like this confounded blog, you get stressed out and you might even get a headache.  Neither of these outcomes are desirable.  I certainly don't desire them.  That's why I recommend the three or four to one rest to work ratio.  Work is at least three times as hard as rest, so it evens out.

I really am working hard on some fantastic new blog entries.  I have one on politics and another on the sad state of literacy in this country, or something like that.  Heady stuff; the sort of stuff that requires a little writing and a whole lot of recharging.  Shoot, you wouldn't want quality to suffer because I rushed one of these monumental offerings to completion before it was ready, would you?  I didn't think so.

For today, I have a simple message by comparison.  I won't be solving big world problems.  I'll be doing something even more important to me.  I'll be sharing some great photos of beautiful Ruby.  A couple of the best ones are a little blurry because she was jumping around ecstatically.  Here they are: 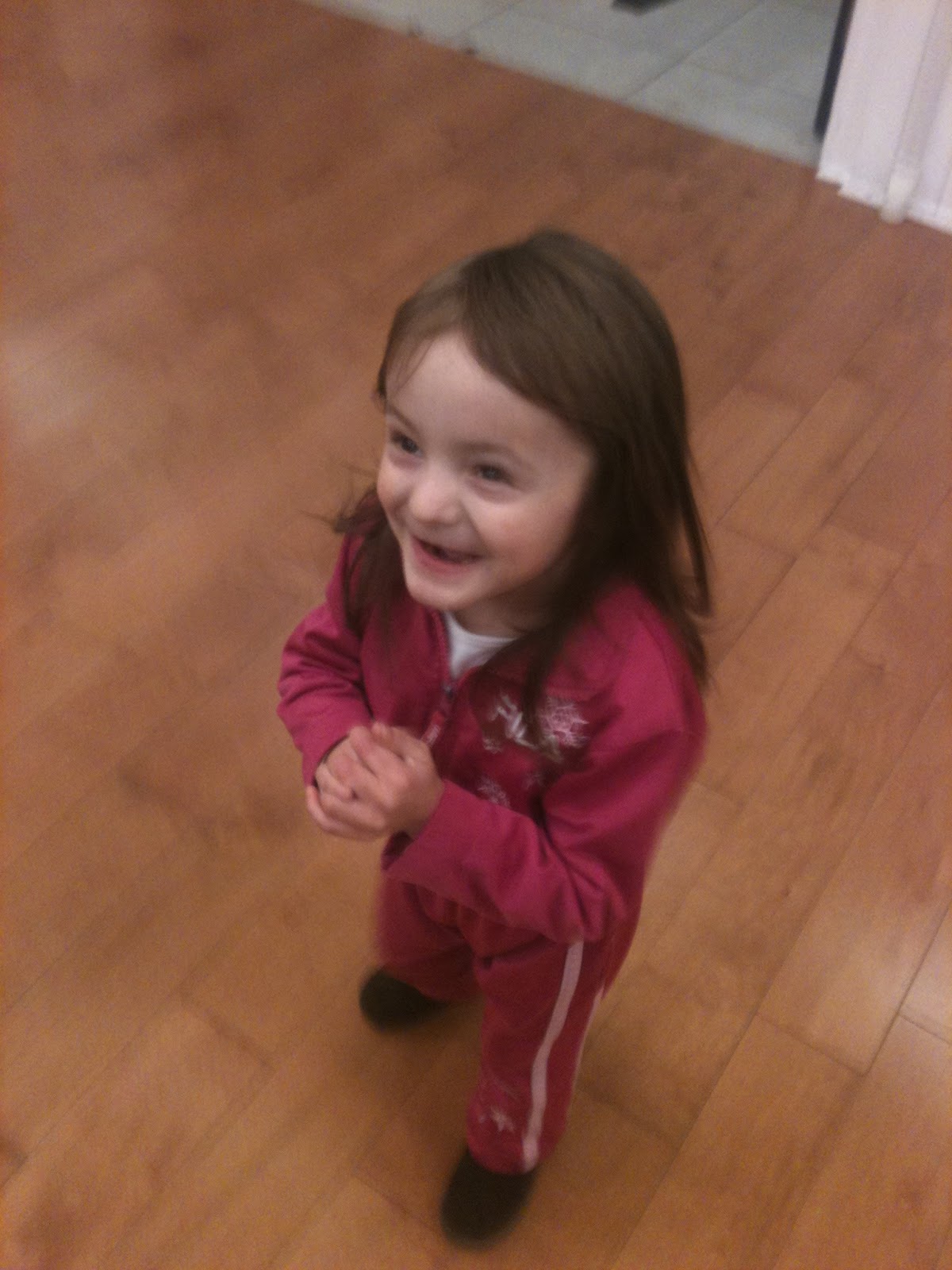 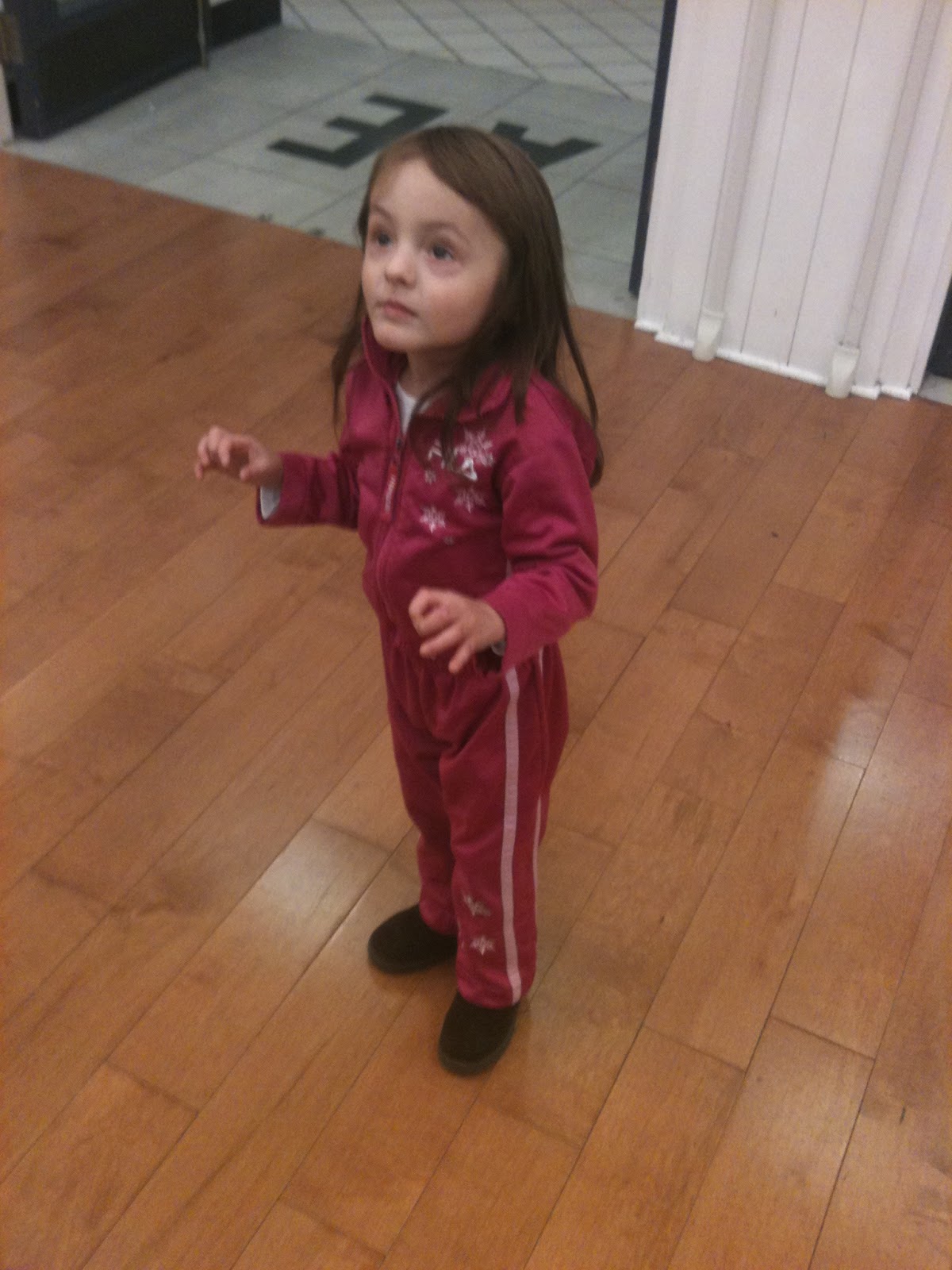 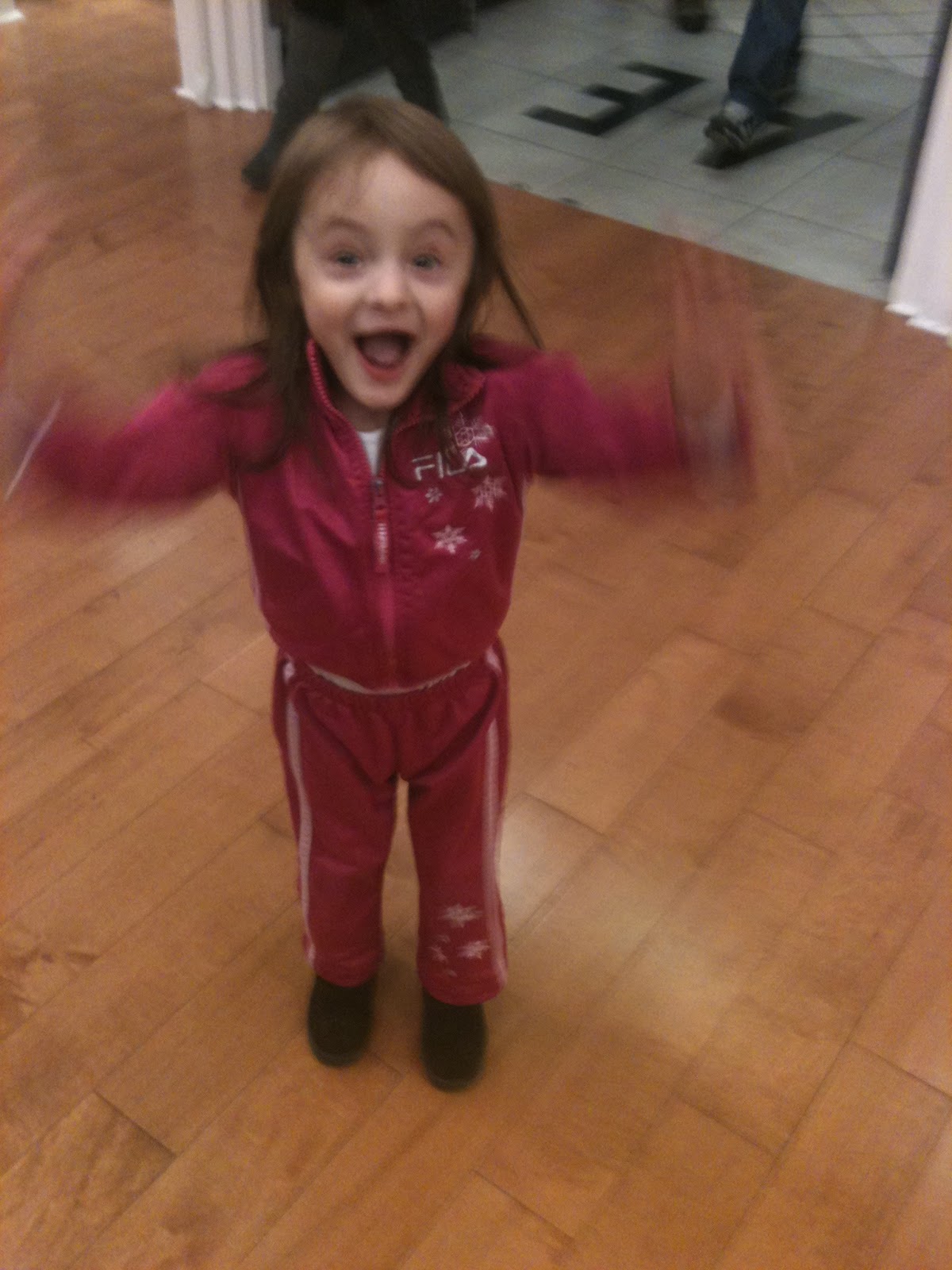 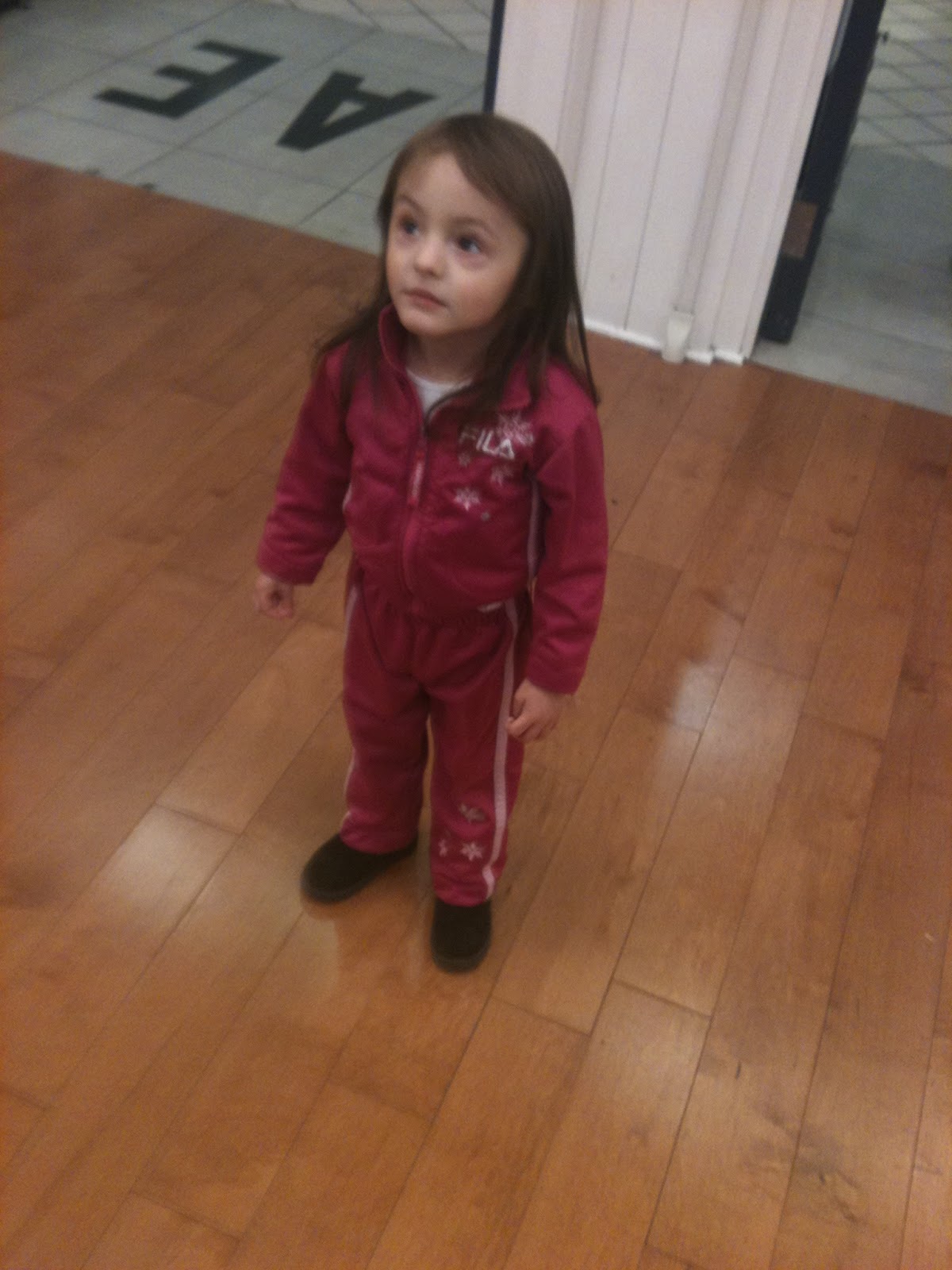 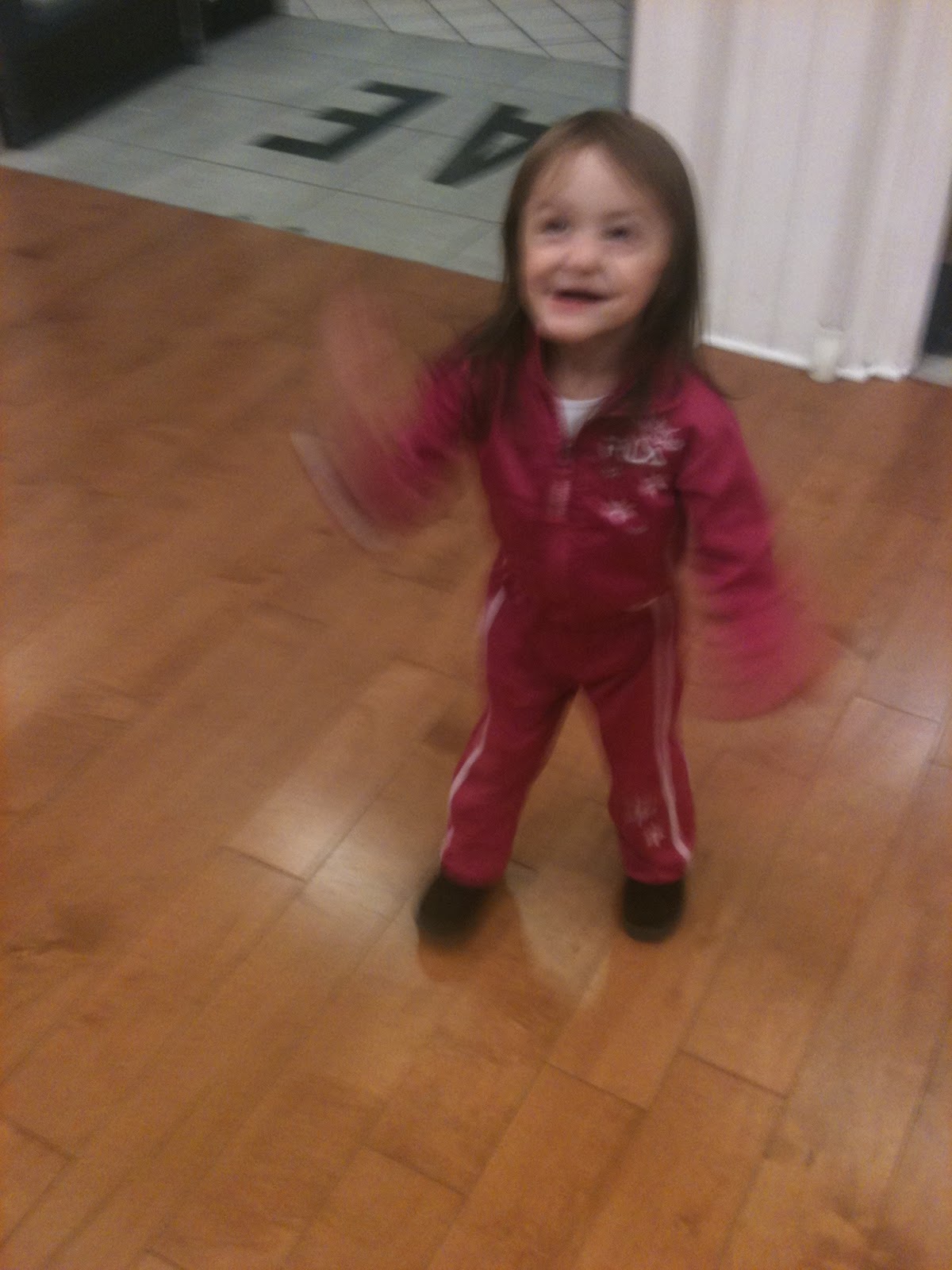 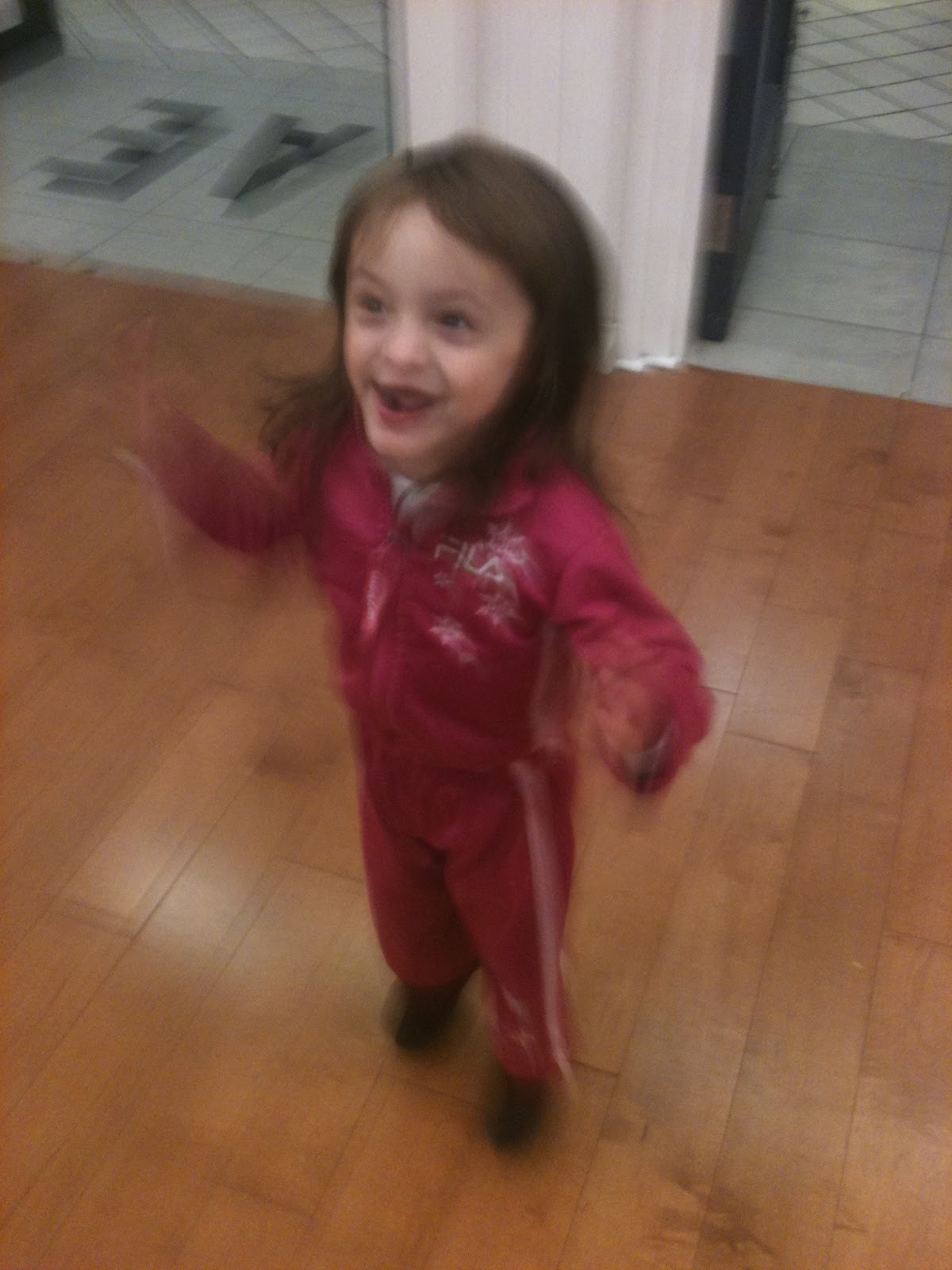 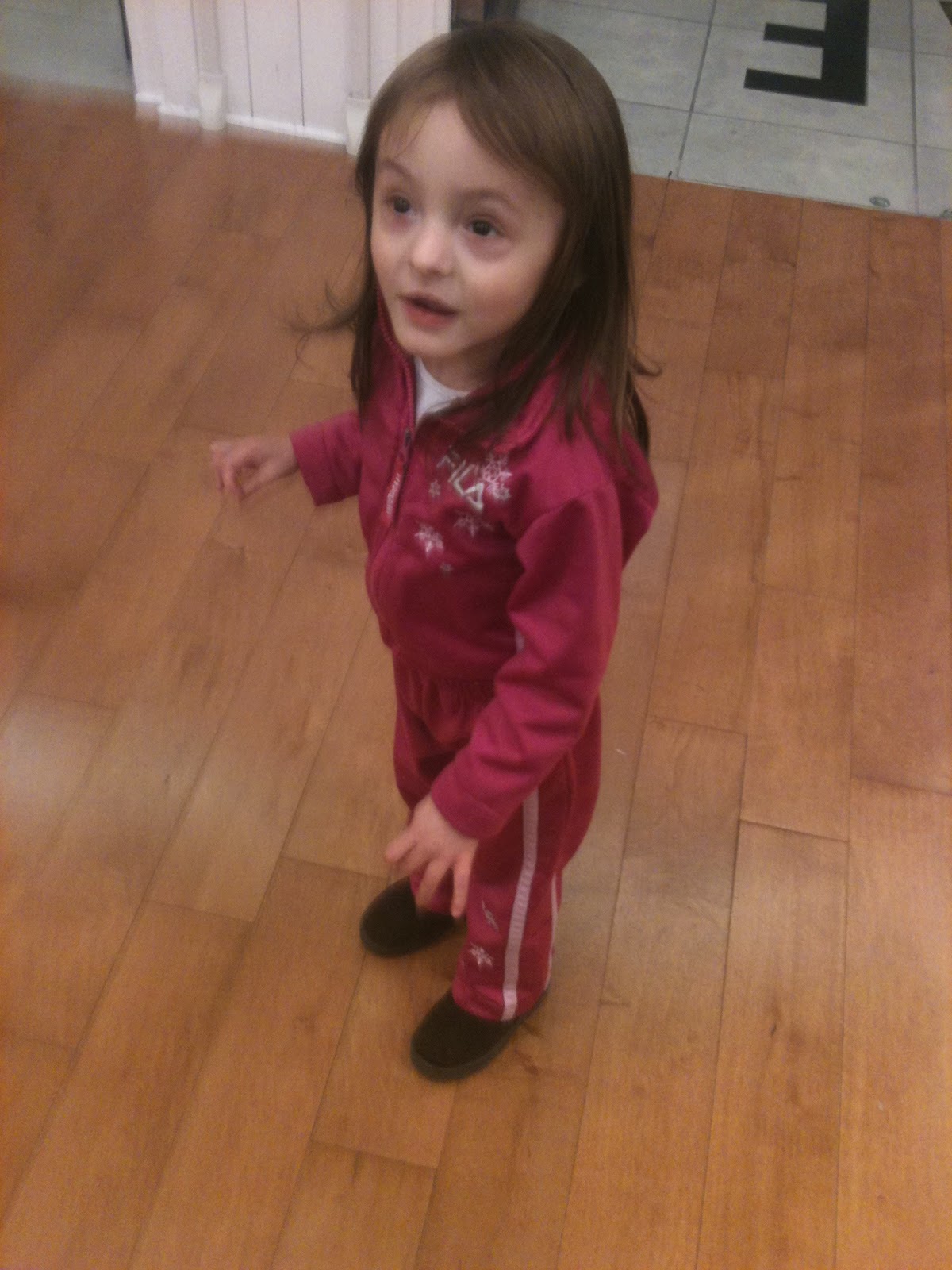 I know what you're thinking.  That's one of my most annoying habits, by the way.  I often presume to know what others are thinking.  But this time I'm right.  You're thinking a kid that happy must be standing there looking up in awe at the pony she just got!  She's flapping her arms with joy because we fed Trigger a handful of oats and are getting ready to saddle him up for her first ride!

Nope.  We're at the mall.  You know, that place where you usually find a bunch of teenagers scuffing around with their pants hanging half off their asses while a few poor souls try to eek out their livings selling them slurpees and soft pretzels.  Before Ru, except for sneaking in the side entrance to go to the movies I usually visited the mall once a year, about a week before Christmas.  I'd stay for an hour and shop for all three people on my list.

That all changed with Ru.  Ru loved the mall.  She loved throwing pennies in the fountain, especially when I would animate them with a high pitched voice and make them beg her not to drown them.  "Oh no, wait!" I would shriek in my girliest tone, "I don't know how to swim!"  Yeah right.  Ru wasn't negotiating with some silly penny.  In they went, one after the other, as she hurled them to their watery grave giggling all the while.

She loved eating green beans and mac 'n cheese at the BBQ joint.  She loved going up and down the escalator in JC Penney and riding the little merry go 'round for a dollar.  I had her fooled on the quarter-a-ride cars.  Frugal miser that I am, I'd just stand there and shake the car while she grinned and bounced.  When I got tired and stopped for a second, she'd take my hand and move it back and forth; her way of letting me know I needed to get back to work.  I figure I saved myself two or three bucks every visit to the mall by doing that, though I did look around anxiously from time to time to make sure one of those poor eight dollar an hour mall cops wasn't on his way over to reprimand me.  Ru had an elaborate mall routine, and you darned well better do everything on the list before you left!

Anyway, these photos were taken shortly before Christmas.  American Eagle had a disco ball out in the front of the store, presumably to capture the attention of the girlfriends of the aforementioned big pants wearing boys and entice them to spend sixty dollars on a t-shirt two sizes too small for a kewpie doll.  I always thought that was odd.  The boys wear their clothes two sizes too big and the girls wear theirs two sizes too small.  I suppose I'd really have something to complain about if the situation was reversed.

Back to Ru.  She saw that disco ball from a hundred yards away and began sprinting toward it.  She had found something worthy of interrupting her beloved mall routine for and was on a mission!  When she got there, she stared at that thing from all sides, mesmerized.  Then she began jumping and dancing, and she didn't stop for an hour.  I tried to get her to stop.  I really did.  I bribed her with promises of ice cream.  I vowed to come back soon.  At one point, I even carried her out.  When she was no longer protesting and I was sure we were far enough away that her mind had wandered to some new curiosity, I put her down.  The second her little feet touched the floor she whirled and ran back to the disco ball.  But it wasn't a pony that caused all this excitement by any means.  It was just this silly disco ball that reflected light and shadows on the floor and walls.  To Ru it must have been some kind of magical kaleidoscope straight out of Alice in Wonderland.

I was looking for a way to wrap this post up when my friend, Mike, called.  To this point, its been rather lighthearted and I was thinking of ending with some little life lesson related to the post's title.  I was going to make some observation about how Ru, and all children, are so good at living in the moment.  If a disco ball catches their eye, they'll spend an hour dancing around it.  Bath, schmath.  Bedtime, schmedtime.  Grownups and their rules and schedules are so silly!  Kids know what's important.  Spending time with people you love is important.  Dancing and playing are important.  Seeing things for the first time, or at least like you're seeing them for the first time, is most definitely important.  That seemed like a good way to end.

And then the phone rang.  Mike started by saying, "Do you remember my friend who visited the hospital the same day as you after my surgery a couple months ago?"  I knew the friend and I knew immediately this wasn't going to be good.  He had been sick recently, though I didn't know exactly how sick.  As it turns out, this hulking man who seemed larger than life and could have been mistaken for an NFL tight end was very sick and died a few days ago.  He was in his early forties and left behind a wife and two young children.  It was shocking to hear.  Even after digesting for a bit, it's shocking to write.

Selfishly, I don't really need any more shock right now.  And really, neither does Mike.  He has been through hell with Ruby's death too.  But this isn't about my loss.  It's about this man and his family and the crushing blow of losing a husband, a son, a father, and a brother.  He was way too young to  die.  We all know the cliche explanations that never make this sort of thing any easier.

The best thing I can come up with, I suppose, is that kids really do have it right.  Granted, we all have to go to work to pay our bills, and we have certain obligations that must be met.  But if I could capture one thing I've lost it would be time.  I just want more time with Ruby.  If I knew she'd be gone today, I wouldn't have tried to rush her out of the mall a minute before she was ready.  I'd have stood right there with her and danced.  Ok, I admit I did dance a little because I knew it would make her laugh, but I'd have danced more.

We returned to the mall a couple weeks later.  Ru remembered that disco ball just like she remembered everything and ran straight for it.  It was gone, put away with the rest of the Christmas promotions.  Undeterred, that little peanut ran to the back of the store and into the employee only area looking for it as I chased her down.  She never found it, and now she's gone too.

I'll end with a quote from one of my favorite coaches, Marv Levy, that never fails to give me chills.  As his players were about to step on the field for their first Super Bowl he said simply, "Where else would you rather be than right here, right now?"  When you're playing in the Super Bowl, I suppose it's easy to live in the moment.  Though I may have forgotten from time to time when I was changing diapers or wiping up spills, my every day Super Bowl was the time I spent with my daughter.

Maybe Mike's friend will bump into Ru in heaven.  She always liked big guys.  Maybe they'll drop all the important stuff angels do for a few minutes and dance around a disco ball.  I hope they do.
Posted by Chuck Miller at 7:19 PM