VP of Human Resources:  Whaddaya say we tap a keg in the break room to improve employee morale?  It’ll keep everybody feeling loose and happy; might even encourage a few staff love connections.

CEO:  Good idea!  Imagine how much more productive we’ll be with all the positive vibes from a light buzz.  And vending machine sales are guaranteed to sky rocket.


Ruby despised stuffed animals.  I happen to like them, so I diligently searched for one she might embrace.  In my quest, I went through monkeys, bears, frogs, elephants, hippos, ground hogs… yep, I just wrote ground hog.  Don’t believe me?  Here he is: 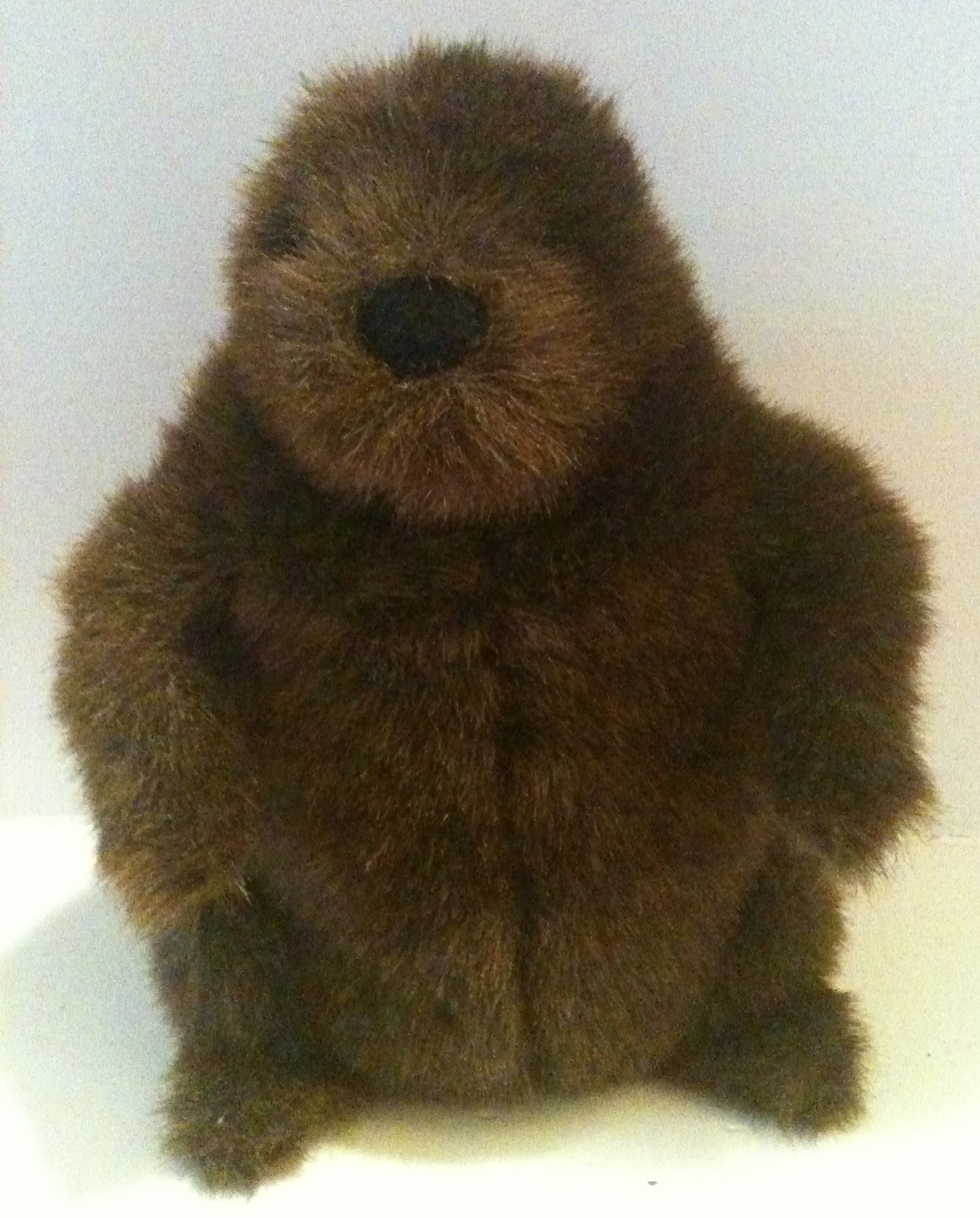 I thought this guy was fan-f’ing-tastic.  Not Ru.  He repulsed her.  They all did, and she dealt with them all in the same callous manner.  If you approached Ru with the intention of handing her a stuffed animal, she would march toward you, arm outstretched, palm up, in a nonthreatening yet purposeful manner.  Ru did very little without purpose; the only trick could sometimes be discerning her purpose.  Notice the purposeful walk here: 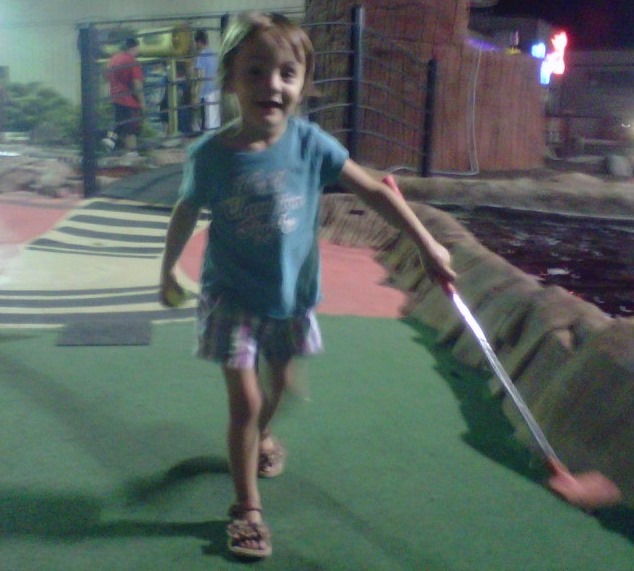 Three seconds after this picture was taken, she hurled that golf club into the water.  Back to the stuffed animals… as you placed the stuffed animal in her hand she would immediately flip it back over her head and continue past you without looking back.  The first time time she did this I was rolling on the floor.  I instantly became more popular than a box of donuts at a Weight Watchers meeting.  Ru, you see, was a ham.  When she realized I, or anyone else, found her antics amusing, she would triple her ridiculousness.  Thus, she became expert in the art of stuffed animal launching, regularly arcing the poor critters five feet up and ten feet back, adding a little head bob and high knee kick for emphasis. 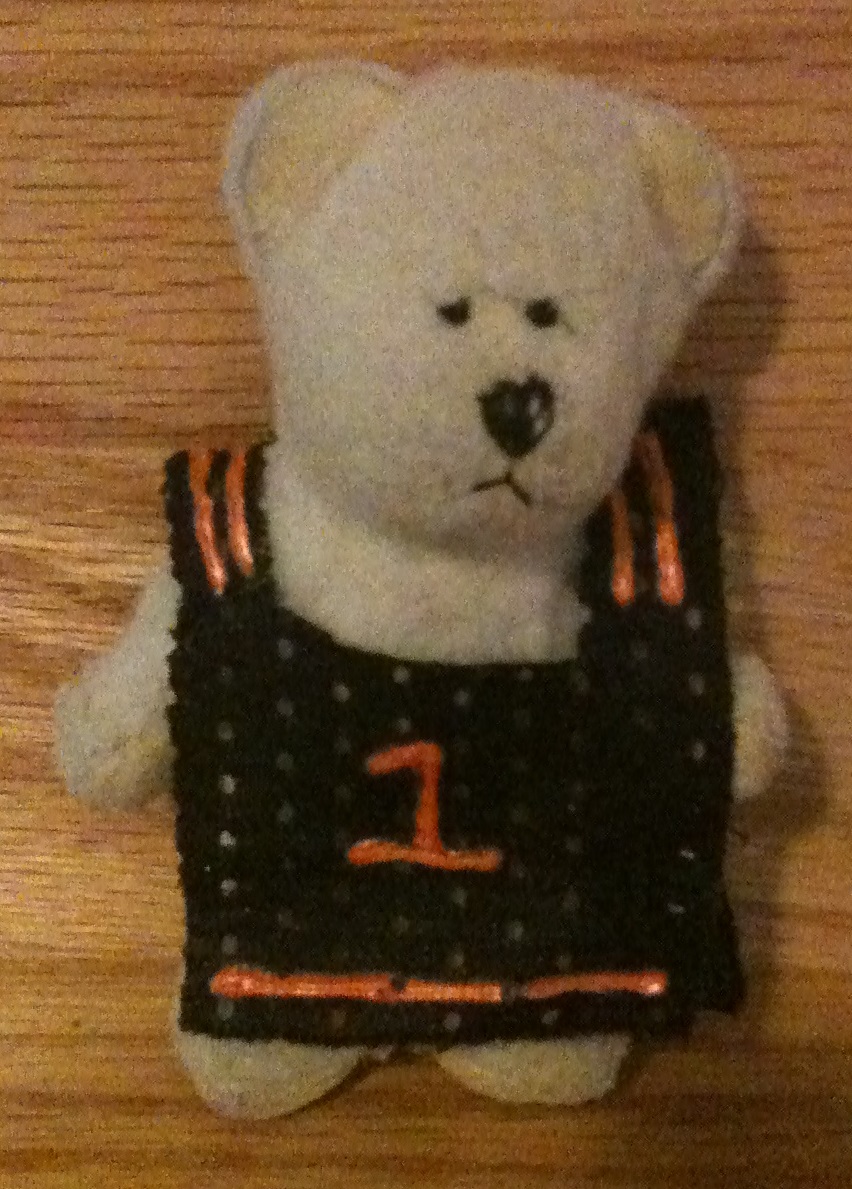 This poor fellow is only about three inches tall – just the right size to fit tidily in her little hand.  I was certain he would be the perfect companion for her.  Nope, but he was perfect for setting new distance records.  Maybe that’s why he’s frowning.
You may be wondering why she harbored such hatred toward stuffed animals.  It was the fur, Silly.  She didn’t like the stuff one darned bit, and really, who would other than some thumb sucking weenie in need of soothing?  It is a little creepy.


Her best friend was a guy named Elmo Live!  The exclamation point isn’t there because I’m excited about this slightly obnoxious creature that talked and sang.  It’s part of his name; a marketing gimmick the purpose of which eludes me.  EL! went on walks, rolled in the dirt, ate supper, and even went to school. 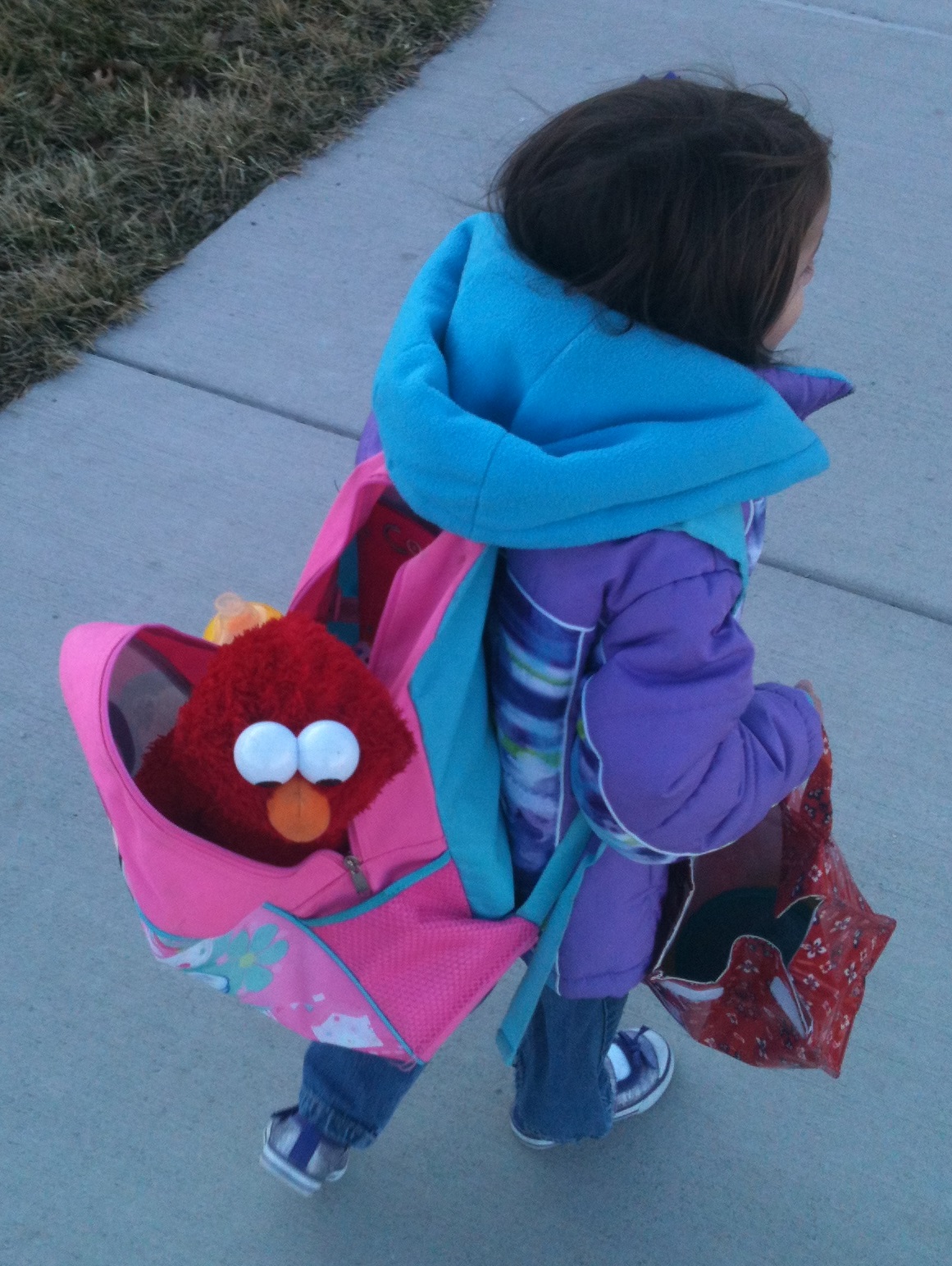 “Wait a minute!” I can hear you saying.  “That’s a stuffed animal as sure as I’m a homo sapien.”  Well you’re right, Clouseau; it sort of is.  But surely you can see those enormous eyes peering out of her book bag.  They’re at least as big as ping pong balls and are just about the perfect size for a child, or maybe Tim Randolph, to palm.  I have a lot of photos lying around, but even I don’t have one of the 12TH RANKED BRIDGEPORT INDIAN OF ALL TIME’S miniscule hands.  Tim, are you reading?  Be a pal and send me a photo.  I’ll make ya famous.  Anyway, if you carry Elmo around by his eyes, you can completely avoid touching his fur.  I know this because it’s exactly what Ru did for four years.
I bet you think I forgot all about the wonderful idea of “light drinking” at work that’s been in the news recently and that I started this post by mentioning.  I didn’t.  It just takes me longer, a lot longer, than most to get to the point.  Thanks for reading.  You’re swell people.  So here it is.  If I’m the CEO and some knucklehead brings me this ludicrous idea, you know what I’m doing?  I’m treating it just like Ru treated stuffed animals.  It’s getting flipped back over my head in one motion, never entertained even for a nanosecond.  And the dummy who suggested it… here’s how I’d deal with him:


C’mon, man.  I like to have fun as much as the next guy, maybe moreso, but how in the world is serving alcohol in the workplace a good idea? 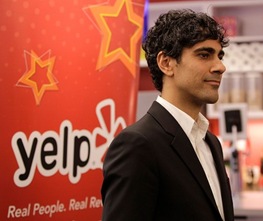 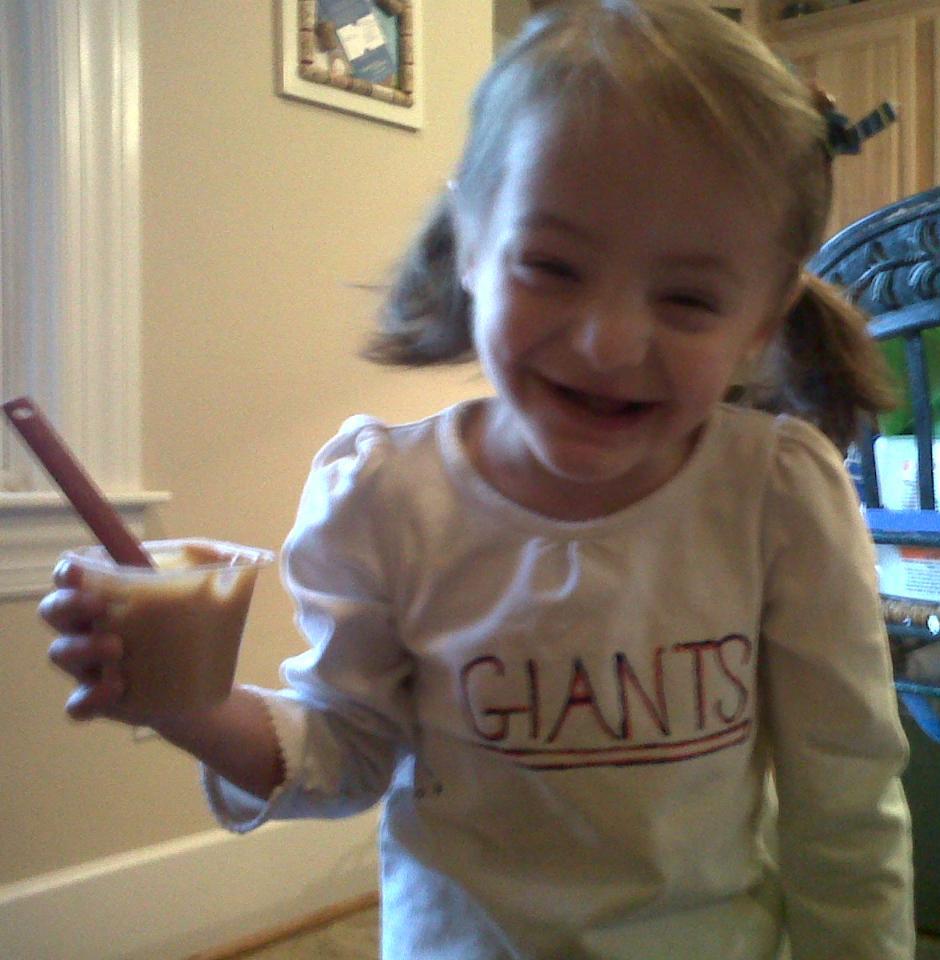 Maybe Robert Kraft served alcohol in the locker room.
That would explain the Giants beating the Patriots in the Super Bowl... twice!
Posted by Chuck Miller at 5:18 PM