Well, here it is:  my blog.  I'm starting out on a great foot, too, writing my first post while needing to pee really badly.  I guess it will be a short one.
I created this blog mostly to share my beautiful daughter, Ruby.  For those who don't know, she died on May 18, 2013, due to complications from pneumonia.  She was two months shy of her sixth birthday.  I don't want the blog to be completely depressing, though.  I guess if I'm going to write it I'd like for at least a few people to read it, and I don't think anyone wants to read some guy boo-hoo'ing all the time.  I just worked a dash and an apostrophe into the spelling of a word that's probably not really a word.  I'm proud of that.  Anyway, I'll try to celebrate her life as best I can with photos and funny stories.  I'm not always going to write about her, either.  Sometimes I might write about weight training and powerlifting competition.  I might even just rant about some topic that inspires or irritates me on occasion.
I couldn't make it.  I had to run to the restroom.  That's probably too much information.  I feel better now, but I no longer have an excuse for a short, disjointed post other than laziness.  I feel the urge to mention that I don't really read blogs, as if that might suffice as some sort of explanation as to why I may not follow the rules.  Hopefully there aren't really any rules to blogging.
This name "Ruminations"... there were a couple others on my short list, but I'm pretty happy with the selection.  So is our happy cud chewer: 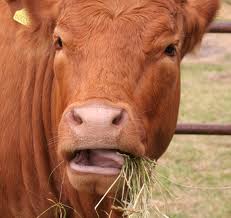 I wish I had more than one stomach.  That would come in handy. 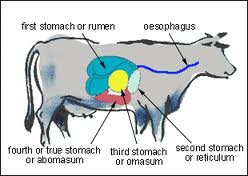 Have a great day.  I'll be back with more when I'm inspired and not a minute sooner.  Realistically, I probably won't get around to posting again until after the inspiration comes and goes, and I'm left only with a scribbled note reminding me of something that would make a great post.  I'm sure you'll all be waiting on the edges of your seats for that. 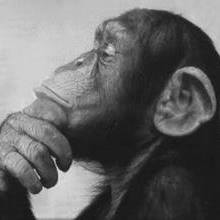